Sexual assault teaches victims that their bodies are not really their own. Victims often report feelings such as shame, terror, and guilt, and many blames themselves for the assault. In the aftermath of a sexual assault, survivors face extremely difficult and painful emotions and experiences. Every survivor responds to traumatic events in their own way. It is important to note that:

Sexual assault is never a victim’s fault. Sexual assault is a crime motivated by a need to control, humiliate, and harm. If the victim does not fight the acts, it does not mean consent. Also, when sexual assault is referred to as the act of “forcing a victim to perform sexual acts…”  that ‘force‘ does not only mean physical force, but includes manipulation, coercion, threats, and situations where a person is unable to give consent. Sexual assault can have a variety of short- and -long term effects on a victim’s mental health.

Some of the mental health challenges survivors of sexual assault face include:

Depression: The loss of bodily autonomy is often difficult to cope with. It can create feelings of hopelessness, despondency, and lead to diminished sense of self-worth. These feelings can lead to depression that may range from mild and fleeting to intense and debilitating.

Anxiety. For many people who struggle with anxiety, the feelings have no clear source. But for sexual assault survivors, the loss of bodily autonomy, in addition to the fear that the attack could happen again, can cause intense anxiety. Some may develop agoraphobia (The fear of being in large or unknown public places. This phobia is associated with panic attacks and anxiety and often results in an individual’s avoiding public situations that might make escape difficult.) and become terrified to leave their homes. Others suffer panic attacks, symptoms of i physical anxiety, or a chronic tear of the type at person who harmed them. Someone who was raped by a tall, dark man with full beard may instinctively dislike, mistrust, or tear all men encountered who match that description.

Posttraumatic Stress: Posttraumatic stress (PTSD) might be described in this case as anxiety, depression, and intense memories of the assault. Intensely disruptive flashbacks may occur, and in some cases, they might even cause an assault survivor to lose track of the surroundings. A related condition, complex posttraumatic stress (C-PTSD), yields symptoms of traditional PTSD as well as a chronic fear of abandonment. Some people with C-PTSD also experience personality disruptions.

W Including not being able to focus on work or on schoolwork, as well as not feeling present in everyday situations.

Attachment disruptions:  It can be challenging, particularly in children who have been abused, to form healthy attachments with others. Adults who were abused as children may experience insecure attachment patterns, struggle with intimacy, or be too eager to form close attachments.

Sexual assault does not only leave psychological scars. It can also have long-lasting health consequences. A person who is assaulted may sustain bruises and cuts or more severe injuries such as knife wounds, sprained or broken bones, and torn or damaged genitals. Some victims develop sexually transmitted infections. Others may become pregnant as the result of an attack. Survivors may also experience health concerns such as chronic pain, sexual dysfunction, fertility problems, and decreased immunity, as well as other unexplained aches, pains, or illnesses.

Victims with previous history of sexual trauma and who have experienced mor negative reactions from family, friend: and professionals end up with worse impact of sexual violence on mental health. Because sexual trauma can have such a serious impact on mental health it’s important that the public is trauma informed and services/supports consider and address the trauma that man individuals have experienced.

Note: Article originally published in The Nigerian Construction Digest Vol 1 No. 6 July, 2019,.All images/pictures are from www.google.com 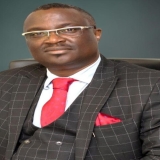